A self-taught oil painter, Joellyn T Duesberry’s long and distinguished career took her around the world while establishing herself as a regionalist. Exhibited are both well-known landscapes and rarely seen works that reveal the subjects that continually inspired Duesberry to revisit them on the canvas and in person. Her plein air locales focused on the northeast and western United States, while utilizing the winter months to create monotypes to experiment with abstraction. 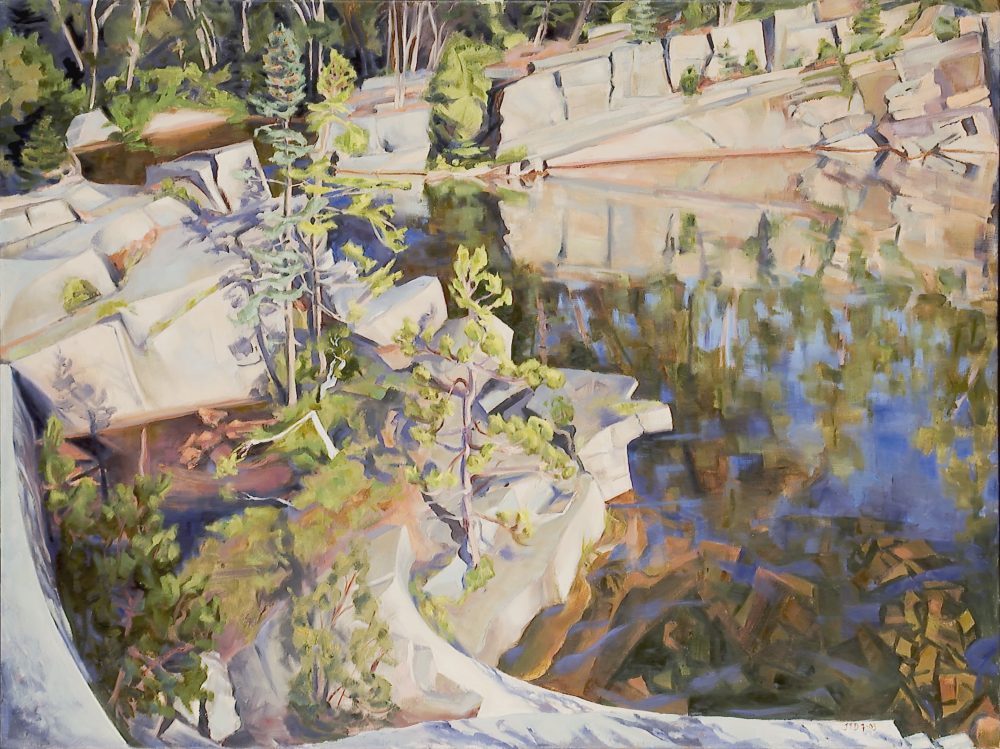 An Exploration in Medium, on view at the Curtis Arts Center, Greenwood Village, CO, examines Duesberry’s prolific output from the mid-1970s to 2015 including paintings, monotypes and drawings. Exploring the planes of rural architecture, exotic land, rock, and water forms for the pull of unfamiliar geometries, it became obvious that her consistent choices of color and structure was a response to the world that came from deepest memory. Southwestern desert tans and reds (like Virginia hills) made her at ease with Tuscan, Californian or Spanish bright light, and its sculptural definition of forms; ancient hill towns of Europe presented aspects of the same architectonics, hand-forged irregularities, and the Virginia farmlands and its roofed structures from where she grew up.

“The act of landscape painting is my most natural, challenging, and joyful experience in life. My often-quirky interpretation of Colorado vistas, corners, and waters show the magical energy of the land. The power I sense in wild places, imparts to this artist a vibrating energy and strength, which I must somehow express in every light, mood, odd angle and scale of vision.” Joellyn T Duesberry

Duesberry’s artwork has been acquired by over 90 public collections both nationally and internationally. Available is her 50-year retrospective book entitled “Elevated Perspective: The Paintings of Joellyn Duesberry” and “Dialogue with the Artist” a 32 minute PBS documentary film on her process of painting and monotypes.